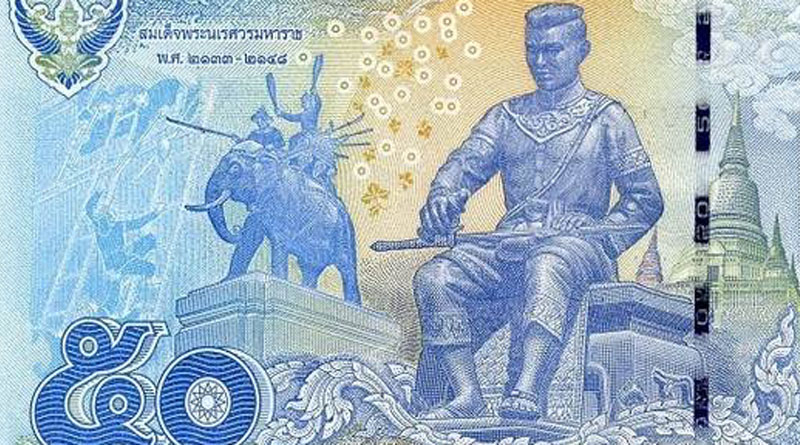 Biography of Naresuan the Great is a story of Thai national hero. While some dramatic turns of his life seem to be mystified, it’s hard to understand through centuries what is true and what just a legend is.

It’s almost impossible to get the exact information about 16-century happenings today: historical documents get lost and damaged while the information becomes distorted through ages. Some of “facts” can be found only in books published around 1910, while several legends may have appeared even in 1990s.

The point is that the real king Naresuan grew so deeply together with folk legends that one can’t imagine Thai culture without all these tales. That’s why I will use italic font writing about the things that seem to have no confirmation in chronicles of 16-17 centuries AD or the chronicles share opposite facts.

There was neither Thailand, nor Siam (as a state) that time:

King Naresuan was born in the kingdom of Ayutthaya with the capital in the city of the same name. There was Phitsanulok town in the north-east of Ayutthaya kingdom. Today Phitsanulok province has only 20 km border with Laos, while in the middle of 16th century it was an outpost bordered with Lan Na kingdom (nowadays Northern Thailand)  from north and with Lan Xang (today’s Laos) from east. On the west from Ayutthaya kingdom there was the most powerful state that time – Burma or Taungoo Empire (named according to Taungoo dynasty that was ruling that time). Today Burma has changed its name to Myanmar.

I will try to mention as few names as possible, but if you get confused, this list will help you to understand who has been mentioned.

Several years ago after Maha Thammaracha had helped the dynasty to gain back the throne of Ayutthaya kingdom, he was appointed viceroy of Phitsanulok. So his first son Naret was born in the palace of this provincial town in 1555 or 1556 (there’s no exact date).

In 1558 Burmese army invaded Lan Na kingdom. They craved to obsess as more tributary states as possible. To go further to Ayutthaya they invented a reason to invade – Burmese king Burengnong had learned about 4 (7?) white elephants that were found in neighboring kingdom. So he demanded 2 of them. The king of Ayutthaya refused.

In 1563 Burmese army laid siege on Phitsanulok. Maha Thammaracha offered stout resistance, but the siege was too long – the food was coming to an end and when the smallpox epidemy errupted, he had to surrender. As a guarantee of his loyalty he had to send both of his sons (Naresuan and his younger brother Ekhatotsarot) as royal hostages to the capital of Burma.

Boys, both less than 10 y.o., were brought to Pegu. Here they were being educated along with elite of Burmese youth. And military training was a part of education.

Meanwhile Burmese army conquered Ayutthaya, the king had to give all of his white elephants to Burengnong and leave his state for Pegu (capital of Burma). Kingdom of Ayutthaya became tributary state and from now on all kings of Ayutthaya were appointed by Burmese king.

In 1569 when Ayutthaya was in need of a new king, Burengnong made Maha Thammaracha king of Ayutthaya and gave him the throne name Sanphet I. Maha Thammaracha asked Burengnong to return his sons. As a sign of his fidelity he promised Burmese king that his only daughter would become Burengnong’s wife. In 1569 Naresuan and Ekathotsarot returned back from Burma. Soon Naresuan was appointed viceroy of Phitsanulok while Suphankalaya became one of ~50 minor wives of old Burmese king.

A tributary state of Burma in 16th century had not only a duty to pay taxes, but to fight for Burmese interests also. Taungoo Empire sought to expand its possessions eastwards. And army of Ayutthaya had to conquer neighboring kingdoms and to suppress revolts of other Burmese vassals.

During first campaigns Naresuan had noticed how weak Siamese army was (in both – armament and military training) comparing to Burmese. Black prince began to reform his army.

From battle to battle Siamese army was fighting better and better. In the early 1570s army of Ayutthaya succeeded in fighting back Cambodians that were laying siege to its capital. Later following the order from Burma Naresuan had moved his troops to Lan Xang kingdom in order to conquer it. Meanwhile Cambodians decided to use this advantage and invaded the territory of Ayutthaya kingdom, but this time they even couldn’t reach the capital.

In 1581 king Burengnong died and his son Nanda ascended the throne of Burma. Nanda had no trust for Naresuan – he was worried about black prince’s military success. In 1584 when Nanda called upon Naresuan for assistance in suppressing revolt, and it took surprisingly long time (2 months) for Ayutthaya troops to arrive, Nanda ordered to kill black prince during the next battle. 2 Mon generals that were responsible for assassination were vassals like Siamese. They were unsatisfied the way Burma ruled and they decided to share details of conspiracy with the black prince. After revealing conspiracy Naresuan had convened a council and declared that from that time forth Siam severed any relations with Burma.

It was time to fight for independence of Ayutthaya kingdom. From 1584 to 1590 prince Naresuan fought back 4 massive Burmese attacks, brought back Siamese nationals (that had been relocated to Burma) and enlisted the support from other tributary to Burma kingdoms.

After king Naresuan had freed the country and had received full control over the western border, he moved his troops to the east. Cambodia had been falling to decline after the decay of Khmer Empire, so its attacks were rather raids with the main aim to capture and relocate people in order to increase population.

The first military campaign against Cambodia was held in 1591. King Naresuan would have continued attacks on Cambodia, if not another one Burmese invasion.

Among hard battles with Burmese, this one is revered as a special – in January of 1593 in Suphanburi province there was a tough battle for Siamese (Burmese army had been larger). During this battle Naresuan the Great on his war elephant moved far from his warriors and got surrounded by enemies. Suddenly he had noticed Mingyi Swa (commander of Burmese army) under a tree, and decided to challenge him: “My brother, why do you stay on your elephant under the shade? Why not come out and engage in single combat to be an honor to us?”

It is not known for certain, whether it was Naresuan who defeated crown prince using a halbard (that’s what Thais insist on) and whether there could be a formal “duel” (Burmese chronicles don’t mention this episode but tell that Mingyi Swa had been shot from a Siamese firearm). Nevertheless this story became a plot for many Thai artworks. And if someone is talking of elephant battle in Thailand (Songkram Yuddhahatthi), you can be sure that this is exactly about the episode:

Even Royal Thai Armed Forces Day is devoted to this victory of king Naresuan. It is celebrated on 18th of January and the emphasis of elephant battle shifts from time to time from gaining full independence (with death of Mingyi Swa) to courage and invincibility of Thais (who made superior enemy forces flee).

Later, in 1990s, one more “destiny” line was added to the story of the battle. As you remember, more than 20 years before the elephant battle, Naresuan’s elder sister had married old Burmese king Burengnong. Actually that’s all that we know about her, if we speak of facts. Suphankalaya is only briefly mentioned in both Burmese and Thai chronicles. Unfortunately even no portrait was left of her.

Well, her story received a dramatical curve: after the death of Burengnong in 1581 Suphankalaya became Nanda’s  wife (as a legacy of his late father). She gave birth to 1-2 children (the amount varies due to different sources). In 1593 when Nanda had learned that his son Mingyi Swa had been defeated by king Naresuan, he became furious and struck 8-month pregnant Suphankalaya to death.

In order to make her image more self-sacrificing it was also claimed that it had been not Maha Thammaracha (who asked Burengnong to return his sons) but Suphankalaya who begged her future husband to let her brothers go home, because in any case she herself would stay in his harem as a guarantee of Maha Thammarachas loyalty.

After Burmese attack was fought back, Naresuan the Great divided his army in 4 columns and sent it to Cambodia. By 1594 the king of Cambodia fled to Lan Xang while 90 000 people including prince and nobles were captured and relocated to Ayutthaya territory, so they could be easily controlled.

By 1596 all former tributary states of Burma got rid of its control.

In 1602 Lan Na kingdom became tributary state of Ayutthaya. But it didn’t last long – in 1605 Naresuan the Great died. His brother ascended the throne as Naresuan had no other heirs. And the power over Lan Na slowly faded.

According to Thai historian Damrong Rachanuphap: “The kingdom of Siam at that period was widest in extent, opulent and redounding in glory”.

Even if we don’t count all stories that seem to be legends, the life of Naresuan was anyway tough – a boy born in provincial town, being hostage for 6 years, who finally became liberator. Of course such national story leaves a big impact. And I’m pretty sure that I will give you a link to king Naresuan’s biography many times while filling my Thailand guide book with new articles. There are many monuments and sanctuaries devoted to Naresuan the Great in numerous settlements around Thailand.

Since 2005 25th of April is celebrated as King Naresuan Day.

“The legend of king Naresuan the Great” is a biographical historical drama that had been being filmed since 2007. It consists of 6 movies and today all of them are available in English. Also a movie series (of the same name and plot) was released in 2017.

Statues of cocks can be very often found next to Naresuan the Great monuments, some of them are bright coloured while the others have pale colors as they have spent a lot of time under strong rays of Thai sun. They are so many that one will definitely notice them. Let me tell you another legend or a fact why roosters are next to king Naresuan.

That time a cockfight was quite common amusement, especially if we speak of wealthy people. Young prince Naresuan while living in Burma had his own fighting rooster. Once Burmese prince offered Naret their birds to have a fight. As cockfights always used to be a gambling sport, they jokingly announced that roosters would fight either for the increase of taxes from Ayutthaya or freeing Ayutthaya from Burmese suzerainty at least for 30 years.

Naresuan’s rooster won the fight. It surprised Burmese princes and one of them scornfully said:

– This caged cock can fight not only for money but for kingdoms also. – Replied Naresuan.

Today a cock in Thailand is a symbol not only of bravery but of freedom too. Superstitious Thais (especially Muay Tai fighters) often come to monuments of revered king Naresuan to ask for the luck in achieving aims and for the strength of spirit to win. And when the wish was fulfilled, they bring another one statue of rooster to the monument. Some say that this ritual became more popular since the movie had been released in 2007. 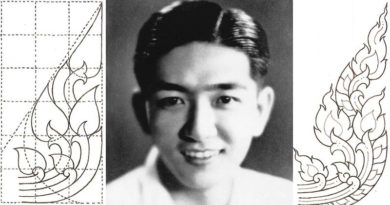 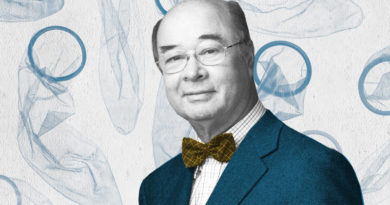 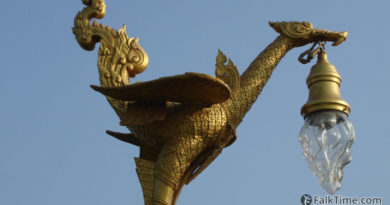