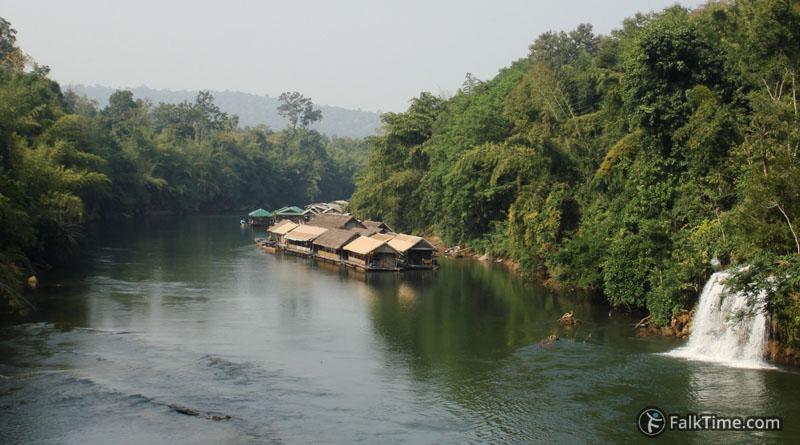 Sai Yok national park covers a huge area, due to sights being located in different parts of it, in this article I will give you general information about the park and name its sights – detailed information you will find in articles dedicated to them.

Entrance to Sai Yok national park in 2020: 300/200 THB for foreigners (adult/child), 100/50 THB for residents. Ticket gives you the right to visit all of sights of national park during 1 day. All about visiting Thai national parks. 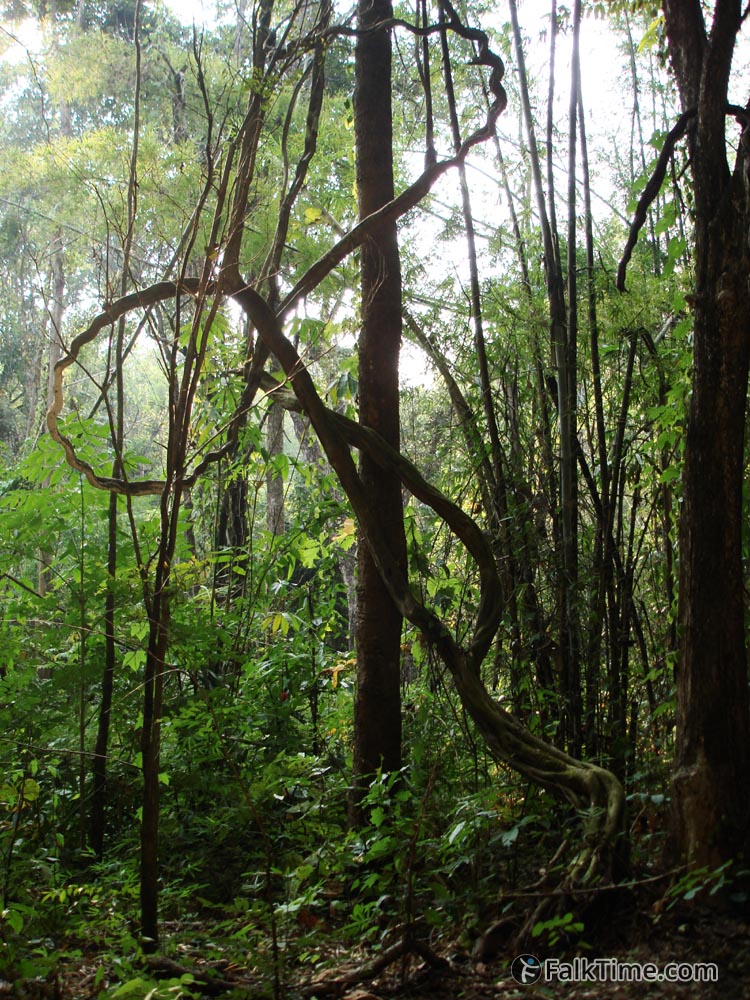 Sai Yok national park was established in 1980. Its territory is 958 sq.kms. The highest peak is Khwae mountain, 1327 meters above sea level. The park is located along Khwae Noi river (you may have seen its distorted name as Kwai) that beautifully winds among lush forests.

Besides nature sights like waterfalls or caves, there are historical sights in Sai Yok also: during WWII Japanese with use of forced labour were building railroad to Burma, known as Death Railway, in this area.

The most of national park’s area is covered with deciduous (mixed and dipterocarp) forests and tropical rainforests (evergreen). Bamboo thickets are quite common too.

Sai Yok is home to wild Asian elephants, Malayan tapirs, lar gibbons, northern red muntjacs, bulbuls, pheasants, coucals and other amazing animals and birds. Among the most interesting species there are three-colored fresh water crab – it was discovered in 1983, and it was named Queen’s crab in honour of queen Sirikit.

And one of the smallest mammals on Earth – Kitti’s hog-nosed bat (craseonycteris thonglongyai) that weighs less than 2 g, has a body less than 3 cm long with a wingspan up to 13 cm. This specie was discovered by Thai biologist Kitti Thonglongya in 1973. After his death in 1974 bats were named in memory of him. Kitti’s hog-nosed bats are endemic to this area, they inhabit only Sai Yok national park and a small territory in Myanmar. They are hard to meet, because:

If you wish to see wild animals, ask rangers where and how to do it.

Khwae Noi is very scenic, you will see the river on a visit to Sai Yok Yai & Lek waterfalls. River banks are covered with lush vegetation and comprise of rocks building a canyon and sandy beaches.

The list of sights will grow further as soon as I will be publishing new articles.

How to get to Sai Yok

Most of sights are located along the highway. Of course, the most convenient option is to rent a car or hire a taxi. Out of public transportation there are:

Take the map of Kanchanaburi province with you – just click the star and it will be saved in your Google account. Any locations in this region that I will add later will appear on your map.

Headquarters of national park is located next to Sai Yok Yai waterfall. The park is marked by orange polygon, the borders are approximate: 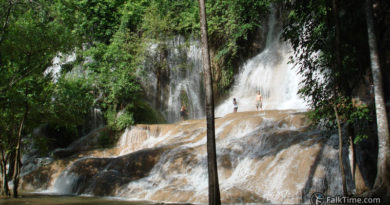 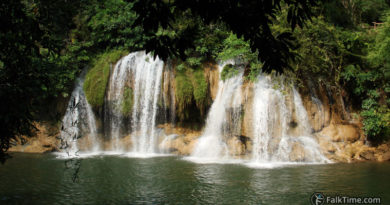 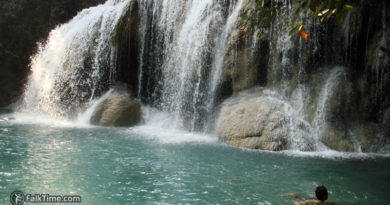